The stunning Shah Faisal Mosque, located at the foot of the Margalla Hills, is one of Asia’s largest mosques and features an eclectic mix of ultramodern and conventional architectural architecture styles. The main prayer hall and courtyard, which is topped by sloping roofs (in stark contrast to the typical domes seen on most mosques), is said to accommodate about 100,000 people.

The bulk of its expense (roughly US$120 million today) was compensated by a donation from Saudi Arabia’s King Faisal. Faisal Mosque is considered as Pakistan’s largest mosque located on Margalla Hills. Previously Faisal Mosque was the house for International Islamic University, which was opened in 1986. Many conservative Muslims initially criticised the design for its unorthodox design and lack of a standard dome framework, but once the mosque was finished, the size, shape, and setting against the Margalla Hills became apparent, much of the criticism faded.

Faisal Masjid, also known as Shah Faisal Masjid, is a mosque in Islamabad, Pakistan, situated at the beginning of the Margala Hills sector E-7.

With its massive triangular prayer hall and four minarets, the mosque’s unique style deviates from the long history of South Asian Islamic architecture, fusing modern lines with the more conventional look of an Arab Bedouin’s tent. It does not, however, have a roof, as does a typical masjid. The minarets are small and pencil-like, and their architecture is based on Turkish custom. 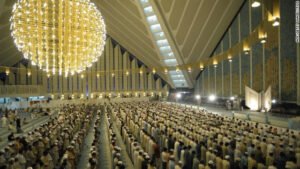 The Faisal Mosque is an eight-sided concrete shell with four unique minarets influenced by Turkish architecture and inspired by a desert Bedouin’s tent and the cubic Kaaba in Mecca. Later, the architect explained his reasoning to students at a design school:

“ In a strictly abstract way, I attempted to capture the essence, proportion, and geometry of the Kaaba. Consider the pinnacle of each of the four minarets as a scaled eruption of the Kaaba’s four highest corners – an unknown Kaaba shape is therefore bounded by the minarets at the four corners in a proportion of height to base. The Shah Faisal Mosque is similar to the Kaaba.

To assess their aesthetic appeal to the human eye, the research agency studied the 100 most prominent architectural buildings in the world using the proportions of the ‘golden ratio.’ After an international competition, Turkish architect Vedat Dalokay was selected to design the Faisal Mosque.

A total of 40 applications from 17 countries were submitted for the competition. The project took ten years to complete. The Saudi King Faisal is commemorated at the Faisal Mosque. The mosque, which lacks a conventional roof, is built like a Bedouin tent and is surrounded by four 260-foot-tall minarets.

The prayer hall is approached from the east via a courtyard of porticoes. The International Islamic University used to be situated under the main courtyard, but has since moved to a new location. A library, lecture hall, gallery, and cafe are also located inside the mosque. The main tent-shaped hall’s interior is paved in white marble and embellished with mosaics and calligraphy by renowned Pakistani artist Sadequain, as well as a splendid Turkish-style chandelier. The kalimah, written in early Kufic script and replicated in mirror image pattern, adorns the west wall in a mosaic pattern. Faisal Mosque is one of the most beautiful places on Margalla Hills. 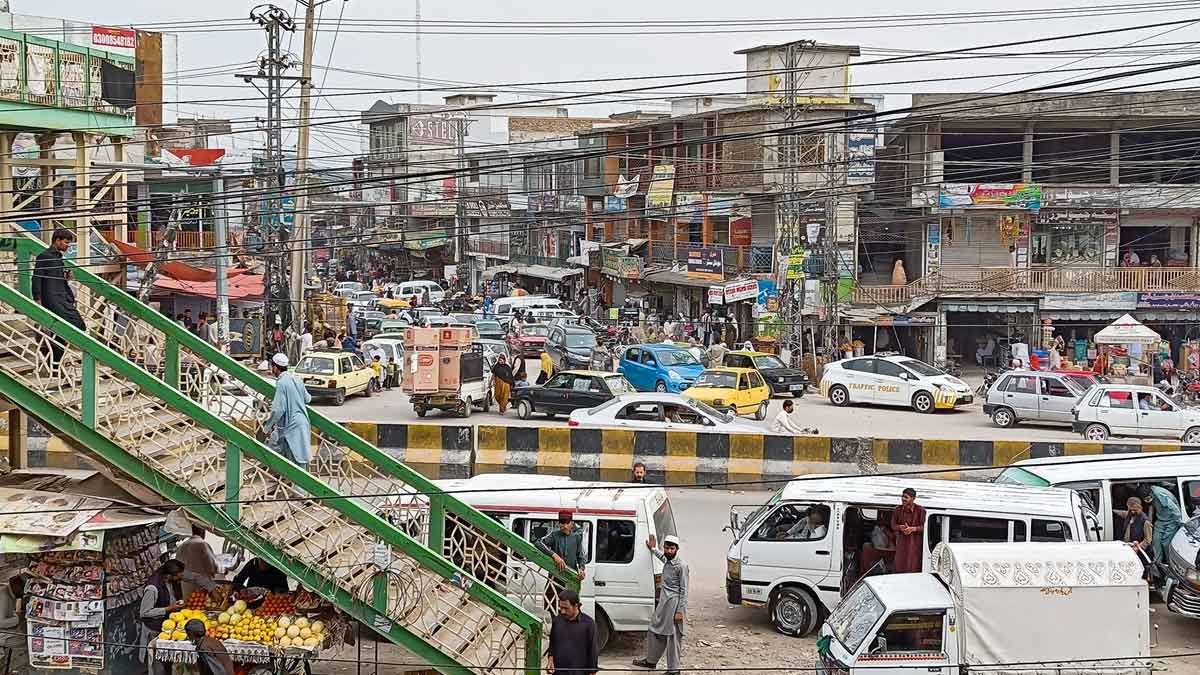